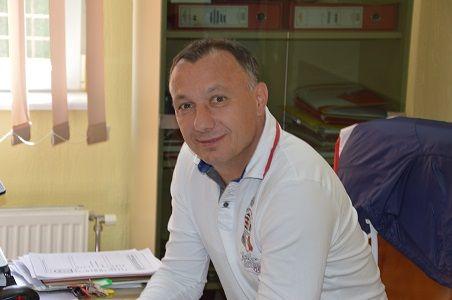 The third and final interview of our series around Serbia’s prestigious FK Vojvodina involves the club’s Academy Director, Duško Grujić. Born near Novi Sad back in the 1970s, and a centre-back in his playing days, Grujić is currently the man responsible for bringing the next generation of talents at Vojvodina to the mainstream.

Starting off at local club Hajduk Kula as a professional in 1991, Grujić moved to Vojvodina three years later and made over 50 appearances for the team. After another three years and a loan spell while on Vojvodina’s books, the defender moved west and joined Germany’s Greuther Furth. This move unfortunately did not work out very well, and the Serb spent the rest of his career playing in China and Hungary.

Almost 15 years after his retirement, Grujić finds himself in a spot that he was in the late ‘70s and early ‘80s, a part of the Vojvodina academy. The difference between then and now, though, is that he isn’t a young player hoping to one day make his mark on world football, but the one responsible for cultivating the dreams of the dreamers.

The full conversation we had with Grujić is given below. Again, we’d like to thank himself and Miloš Subotin from the club’s PR team for making this interview possible.

How do Vojvodina identify players they want to bring into the club?

The job of identifying players to bring in to the academy is done by our scouts, coaches and coordinators. The first level of identification of talented children is done mainly on the territory of Novi Sad and it encompasses children under 10 years of age.

In that way, a larger base of children is made, with larger number of players, but without the scouting criteria being too strenuous. The second level involves children under 11, 12, 13 and 14 years of age, when the criteria is much higher, and the scouting is expanded to surroundings of Novi Sad, but close enough so that the children can come to train regularly.

Regarding the under-15, under-16 and under-17 generations, the scouting pool is expanded and covers areas farther away from Novi Sad, but only players showing exceptional potential are invited. The last level of identification refers to the players who belong to the under-18 and under-19 generation, but only players capable of playing for the senior team are considered here.

How important do you think teaching the players about the club’s philosophy is?

As time passes, their commitment and loyalty to the club grows and they inculcate the philosophy of the club into their daily lives and their relations with other people too. That feeling of loyalty to the club is something which they will have inside them even in the future. Many of them won’t become top football players, but they will always feel welcome at the club

What do you think about the impact of social media on young players?

Social media is unavoidable in today’s time. Globalism, availability of information and daily usage of social media undoubtedly has a huge impact on young players. The good thing is that they can use it in a positive manner for their football development.

At the same time it can be dangerous, since there are lots of negative aspects of it as well. All of us who work in football have an obligation to teach them about all the good and bad sides of social media, so that they can use to develop themselves as footballers.

What are your short-term and long-term goals as the academy director at Vojvodina?

Our short-term goals are mainly focused towards securing all the necessary conditions for the normal functioning of the youth academy and the training process. Ensuring a happy atmosphere for all the players and staff of the academy is also important.

Our long-term goals are closely related to our short-term goals, and they are based on the improvement of the youth academy. By long-term goals, I also aim to create healthy habits among the children, teach them to become good people, helping them do well in school, and make them into international quality footballers.

How do you think the Vojvodina academy is different from other academies across Europe?

Vojvodina’s youth academy is unique because it gathers boys mostly from Novi Sad and its surroundings. Because of that, a family atmosphere is created.

Thanks to the commitment of the coaches to the club and to the children, the boys are calm and relaxed (they don’t have any psychological breakdowns), because they know that they will be our pupils for a long period of time (around 6-7 years) and that, with continuous work, they will be able to raise their potential to the maximum.

During the development of young players, there are periods of stagnation and at that point many clubs give up on them. However, we still keep them among us and continue to work on their improvement. All of our academy graduates that went on to play for big European clubs are from around the city and its surroundings.

Many famous footballers like Dušan Tadić and Sergej Milinković-Savić are graduates of the Vojvodina academy; do they act as inspirations and role models for the current players in the academy?

Dušan Tadić and Sergej Milinković-Savić are the shining stars of our youth academy, but apart from them, Vanja Milinković-Savić, Nemanja Radoja, Mijat Gaćinović etc. are also role models inspirations for all the boys who currently train at the academy. The boys see them as their older brothers who have worked and trained on the same pitches they train on to become stars for their clubs and country.

How does it feel being the director of such a prestigious academy?

Today, every job is very stressful, including this one, but this is the job that I’ve always wanted to do after retiring from football. In other words, this is ME. Is there anything nicer than watching how talented boys are becoming top football players and together with them, dreaming their dreams and directing them through life? If on top of that I manage to positively impact on their sport, then there is no bigger personal satisfaction and pride.

What do you think Serbian football needs to reach the next level?

Serbian football is facing huge organizational, financial and infrastructural problems. From time to time, it happens that the national team, some club or individual flashes with a good result, but, for continuous success it is necessary to have systematic improvements, financial investment in infrastructure and more quality work in all levels of football.

This should be starting from the base in the clubs and should go all the way to the national association. Talent isn’t the issue, as we have loads of that in our country. However, it will take time for the game to grow here.

Do you think being a former player has made you a better coach/director?

I definitely think that being a professional footballer has helped me to be a better director, but that is not the most important thing. As an ex-player, it is easier for me to understand the problems in the development of the children, the relations between the players and the coaches and all the issues related to it. Communicating with the children is easier for me as I have been through everything that they are going through.