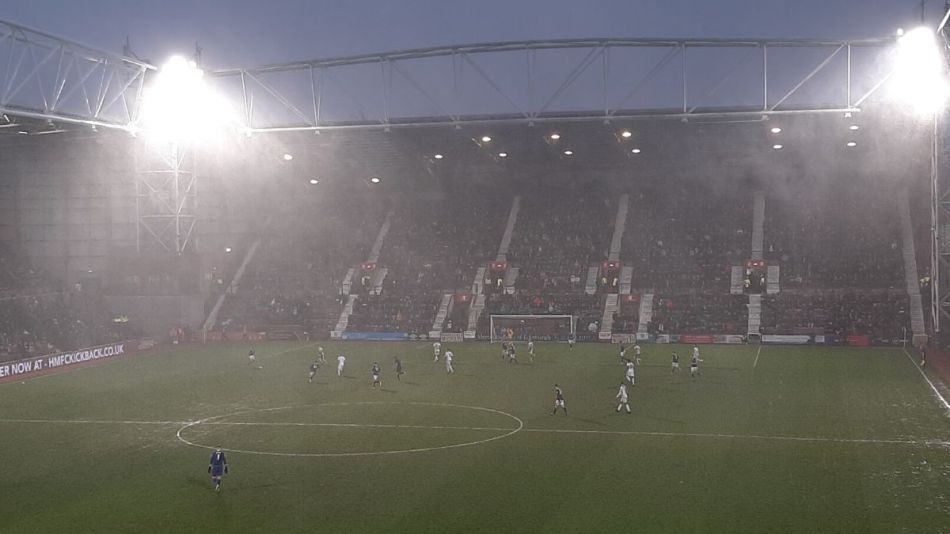 Pathetic fallacy is literary tool used to attribute human emotion to aspects of nature. I went to Tynecastle last Saturday to see Heart of Midlothian, one of the UK’s most historic clubs. This dismally wet and windy Saturday was a textbook occurrence of pathetic fallacy.

In October 2018 Hearts sat top of the Scottish Premier League for a spell, as well as competing in the Scottish Cup final the following May. Last Saturday they took on Hamilton, hoping to secure the much-needed win that would see them leapfrog their relegation rivals into 11th place in the league.

I am not a Hearts fan; a friend of mine who lives down in England was up for the weekend and we decided to take in the game. I have a lot of respect for Hearts as a club. They are very well run and have an exceptional history – if you are unfamiliar with this then I implore you to read about McRae’s Battalion, the story of the title-challenging Hearts team who gave up football for the trenches of France and Belgium during the First World War.

While on the outside Tynecastle has had some impressive work done, the stadium still has its odes to the past. As you walk round from the Main Stand to the Roseburn Stand you walk past a statue of a soldier with the words “1914 Memorial The Bravest Team” written.

This historical memorial may have been placed on an uncovered section though this did not stop me from taking a moment to reflect upon the great sacrifice these men gave during The Great War. No storm would stop me from paying my respects.

I have not been to Tynecastle for many years, but one thing that would be impossible to forget are the steps. They are absurdly steep – a hazard to some, particularly to one man who I saw tumble down them prior to kick off, the incessant rain turning these into a slip-and-slide.

While they are certainly a danger to anyone who is drunk, clumsy or large-footed, they do have an upside; they keep you right on top of the pitch, creating an electric atmosphere when at its 20,000 capacity. Despite not being Hearts fans, it was impossible not to get carried away by the roar of the crowd as the teams walked out.

A middle-aged couple came in a minute or so after kick-off, husband and wife, and asked us if they had conceded yet. We laughed and said no, not yet, though it struck me as a little sad that this thought even crossed their minds. We assured them that Hearts had actually had the better of the ball so far and that they looked up for this.

As soon as the words came out my mouth, the ball was in the net. The noise was deafening. This was not the sound of cheering and celebration. This was a torrent of abuse and frustration. Hamilton had scored. The following day a replay showed that the goal should have been flagged offside, though VAR hasn’t quite reached the Scottish game…

This match was of huge importance. In Scotland’s top division, 12th place is automatically relegated to the Championship, while 11th goes into a long-winded playoff system. With the advantage of a jam-packed Tynecastle backing them I would have faith in them disposing of any team in the playoffs, but an automatic relegation would be a nightmare.

They suffered relegation in 2013/14, though this was in no small part down to the fact that the team fell into administration, just two years after defeating city rivals Hibernian 5-1 in the Scottish Cup final. This relegation was obviously detrimental to Hearts, though it shone a light on their loyal fans who dug deep into their pockets to help the club keep afloat during some trying times.

This time, however, money is not the problem for Hearts. Every fan will have their own views on what went so wrong. Former manager, and current director of football, Craig Levein, takes a large portion of the blame, though it is hard to fathom how he let his side go from top of the league to bottom in such a small time frame.

The noise and enthusiasm that had rung out at 3pm had dissipated by 15:05, drowned out by the couple of hundred Hamilton fans who had braved the trying conditions of Storm Dennis to make the match. With the game only 15 minutes old a calamity of errors at the back for Hearts saw a penalty conceded, with Greek striker Marios Ogkmpoe converting to seal his second goal of the game.

In the warmup some would-be comedian had noticed his shirt number, 99. He had shouted “number 99, are you a footballer or a f*****g ice cream” to a spattering of awkward laughter. I can’t imagine Ogkmpoe had heard the fan, but he left little doubt that he was a footballer, and a pretty damn good one at that.

The rain kept teeming down as the Hamilton players tore off in celebration; they were already a point above Hearts in the table, if they could keep this up, they would be four points clear. In the space of fifteen minutes the atmosphere had turned from anxious to inspired, inspired to angry and from angry to sheer poisonous.

The husband of the couple who had been so friendly and joked with us when they walked in stood up and screamed that the team were “a bunch of spineless c***s”. The game was still young yet more than a couple of people left, a season of utter ineptitude evidently reaching boiling point. It felt like a riot was about to happen.

I am a Dundee United supporter. I have been in that atmosphere before. I’ve felt the hurt of seeing your side falter to a supposedly worse team, watching as strikers missed chances that ordinarily would have gone in, but just took the wrong deflection.

I watched in horror in 2016 as Gavin Gunning, our then-centre back, picked up the ball in the middle of a game against Inverness and simply walked off in one of the most cowardly acts I’ve ever seen in a game of football. While it didn’t get to this stage at Tynecastle on Saturday, it certainly didn’t feel far off it.

The rain poured over Tynecastle, though it felt like it drenched the home supporters a little more that afternoon. The hardy Hamilton fans were in jubilant mood as their team extended their advantage. While the bulk of the crowd vented their anger at the players, the away supporters started singing The Great Escape. I struggled to suppress a chuckle at that.

They say that it is the hope that kills you. With little over 20 minutes played, Hearts were handed a lifeline. A long ball took an awkward bounce on the wet surface, resulting in a footrace between Hearts forward Liam Boyce and Hamilton defender Jamie Hamilton. The ball struck the arm of Hamilton which prevented it from falling into the box.

Referee Kevin Clancy deemed this a red card offence and sent the defender off. It was a controversial decision, and certainly not one I can ever recall seeing. It felt right at the time from my perspective, though it was rescinded later in the week. With such a tight league table, that could prove to be costly for Hamilton. For Hearts, it was the slice of luck they needed.

Despite a barrage of pressure, Hamilton defended strongly, with their Zimbabwean forward David Mayo appearing to cover every blade of grass in his efforts to keep Hearts at bay. Hearts had been the better side and certainly had cut out more chances, however the ball never quite bounced their way.

It was not the luck of a team who are destined to stay up. Hamilton defended their two-goal cushion until half time, though the second half saw their game plan unravel. Hearts scored just minutes into the second half, courtesy of their long-term winger Jamie Walker. A pass from Steven Naismith broached the Hamilton defence and Walker calmly tucked the ball away.

The rain had been an ever-present throughout the game, but an hour in and it felt like the match may be called off. The rain turned to a downpour and the winds picked up, driving the water in circles and forming puddles all over the field of play.

Had this occurred in the first half there is every chance that the game may have been called off. You don’t expect a tropical paradise when you go to a Scottish game in February, but this had the hallmarks of a tropical storm.

As the game went on, Hamilton kept on dropping deeper and deeper. It felt like the hosts played the whole of the second half in the opposition half, with every bit of misfortune befalling them. The woodwork denied them a glorious chance; a string of unfeasible saves from Hamilton keeper Luke Southwood played their part too.

As the minutes to full time ticked by, large swathes of people started to leave, seemingly beyond the point of caring. Every fanbase in the world has these fans. The ones whose priority seems to be nothing more than getting ahead of the traffic, or being first in line at the pub. To each and every fan who abandoned their team in this huge game, I shake my head at you. The team you support is in a relegation dogfight and you walked out on them. It is shameful behaviour.

With three minutes to go, Conor Washington drilled a cross into the box which was met by Craig Halkett. Hearts did not have the fairytale ending that they would have wanted – the game finished 2-2 – but their efforts could be commended. While many players would have reeled away in celebration at scoring so late, captain Naismith sprinted to the ball and returned to the centre circle.

A draw wasn’t good enough to the players. They may have been down since the fifth minute, but they wanted the win. The final few minutes were a barrage of pressure from Hearts and showed the fighting spirit that is needed to avoid relegation.

It is hard to say how Hearts will fare this season. It is easy to say that they are too big to go down, but recent years have seen large sides go down in Scotland. Hearts have the players. They have goalscorers and they have experienced defenders.

What is yet to be determined is if they have a manager who is able to get the best out of them. Given their display today, I would imagine that they’ll have enough to scramble over the line this season, though it is anything but a formality.

The saddest moment of the day happened when shuffling out of the stadium after the final whistle. Amongst the few thousand wet and dejected home supporters moving towards the exit, I saw a small boy ask his dad “Are we going to go down again?”

I didn’t hear the response of his father, but the fact that this child, and all fans of this historical football club may have to suffer a second relegation in a decade is a real sad state for Scottish football.

Whether you love Hearts of loathe them it is hard to deny that they belong in the Scottish Premiership. If only their results mirrored this claim. The rain may have been a sign of things to come on Saturday – one can only hope the sun shines on Tynecastle before the season is out. 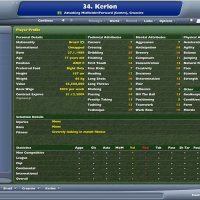 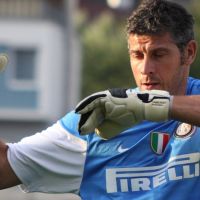 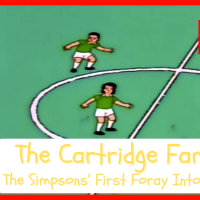